MSP Vendors – learn a valuable lesson from this mistake made by ConnectWise recently. Take a look at this e-mail they sent out recently to existing partners, as posted in the v-connectwise Slack channel:

This drew peoples attention, primarily because this person shares a name with Ashley Cooper (a good friend of mine and a huge presence in the MSP channels already). This led some people to dive a bit deeper. Maybe Ashley Cooper is a legitimate ConnectWise Employee? 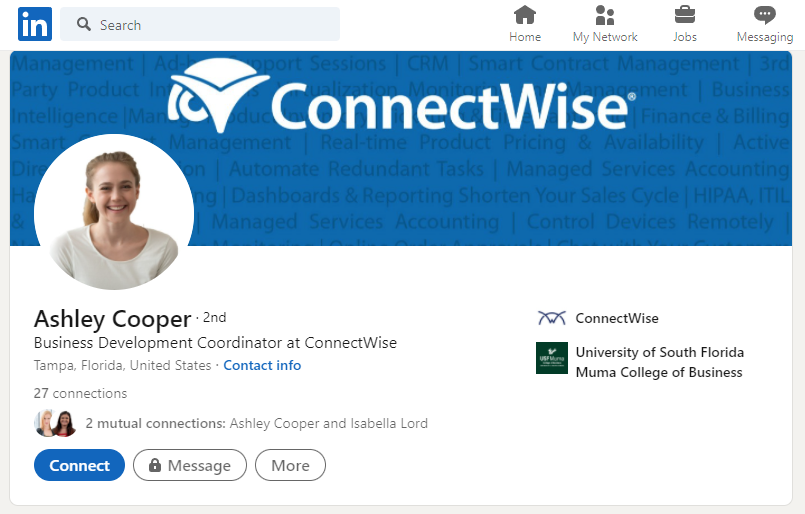 Well she certainly looks real. She has a degree from the University of South Florida. She even has an employment history: 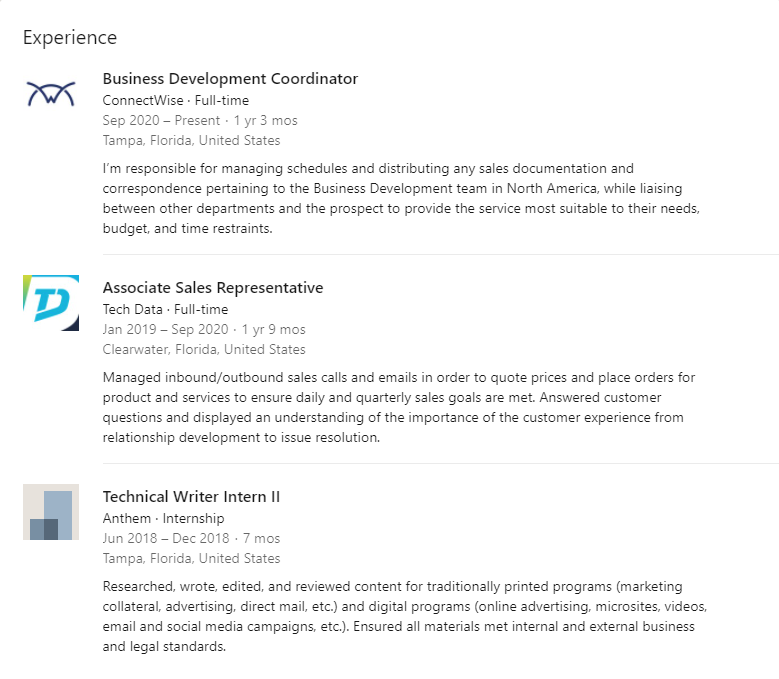 She’s also been nice enough to like ConnectWise content and make posts congratulating ConnectWise members on their achievements: 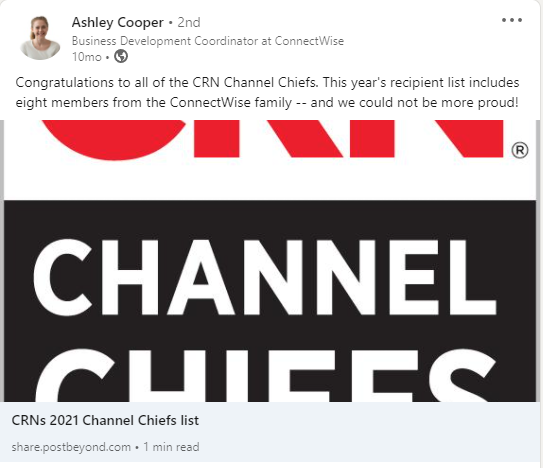 Unfortunately, this Ashley Cooper is not a real person. https://www.reddit.com/r/msp/comments/r02o2u/connectwise_sending_emails_as_fake_persona_with/ She’s a phantom, an apparition, a figment of ConnectWise’s imagination. Her profile image is a stock photo. Her employment history is not real. Her e-mail content is not even real, as evidenced by the headers provided by the source above and as also confirmed by ConnectWise themselves, Ashley Cooper is “a conversational AI to manage basic interactions with prospects/partners”.

Why I think this is an awful thing for this industry

I don’t have anything against AI. I actually think the future of this industry is AI. I do think though that creation of a fake person with a fake degree and fake employment history is disingenuous at best and nefarious at worst. I’m pretty sure creating fake LinkedIn profiles is against the T’s and C’s of LinkedIn, and I doubt the University of Florida would be too pleased with ConnectWise handing out degrees with their name on to fake people. ConnectWise’s Chief Marketing Officer, Amy Lucia, stood up on stage at IT Nation and delivered a lovely piece that centred on human connection and she talked about how ConnectWise represented “You”. This speech is in stark contrast to this type of behaviour. It erodes partner trust and discourages the proper forming of connections and relationships; something that a number of people at ConnectWise are already sorely lacking. It shows a lack of effort to understand partners. What stands out to me here is not the AI, it’s the effort that’s gone in to creating a completely fake person behind it. It borders on being unethical. I really dislike this kind of fakeness.

Choosing to create a fake person who is young and female either is not lost on me.

Forming real, human connections with your partners will always win

Time and time again in my experience, the companies that do well in this industry are those that sit down and properly engage with their partners and build relationships with them. MSPGeek has a boat load of vendors who prove this works. Immybot, Huntress and Helpdesk Buttons come to mind. All companies that have consistently engaged in the overall community and have done well because they have formed these connections.

Be real, be honest, go out of your way to form good connections with people and you will not only be financially successful, but you’ll be far happier too.

To finish, I want to address those ConnectWise employees who may read this who are hiding behind the veil of relative anonymity and are not interested with engaging with partners; follow the example set by your leader Jason Magee or risk becoming irrelevant. If the CEO of a company can engage with the community, listen to them, frequently meeting them, and even jump on Facebook posts in ConnectWise channels to help individual partners with individual problems then you can too. If you all did this you could absolutely rocket ConnectWise as a company in literally weeks.