Today I am sharing a cool trick that you can use inside the Automate Scripting Engine to prevent scripts from running if the current time falls between a window that you set. This example can be run on any agent. This can be useful in situations where you say don’t want a piece of software to install outside of business hours, or you have a script looking at performance and you only want it to trigger in business hours. If you just want the script, it’s attached at the end. If you want to see the steps, they are as follows: 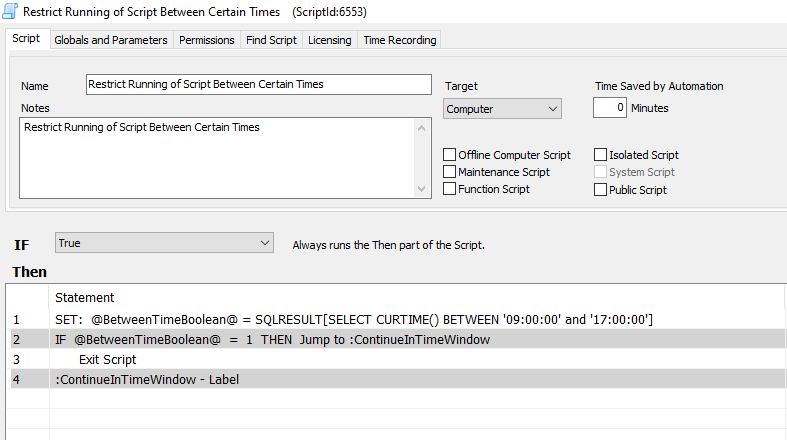 The script will import in to a folder called __Examples in your scripts folders.